23 strange things about life in America 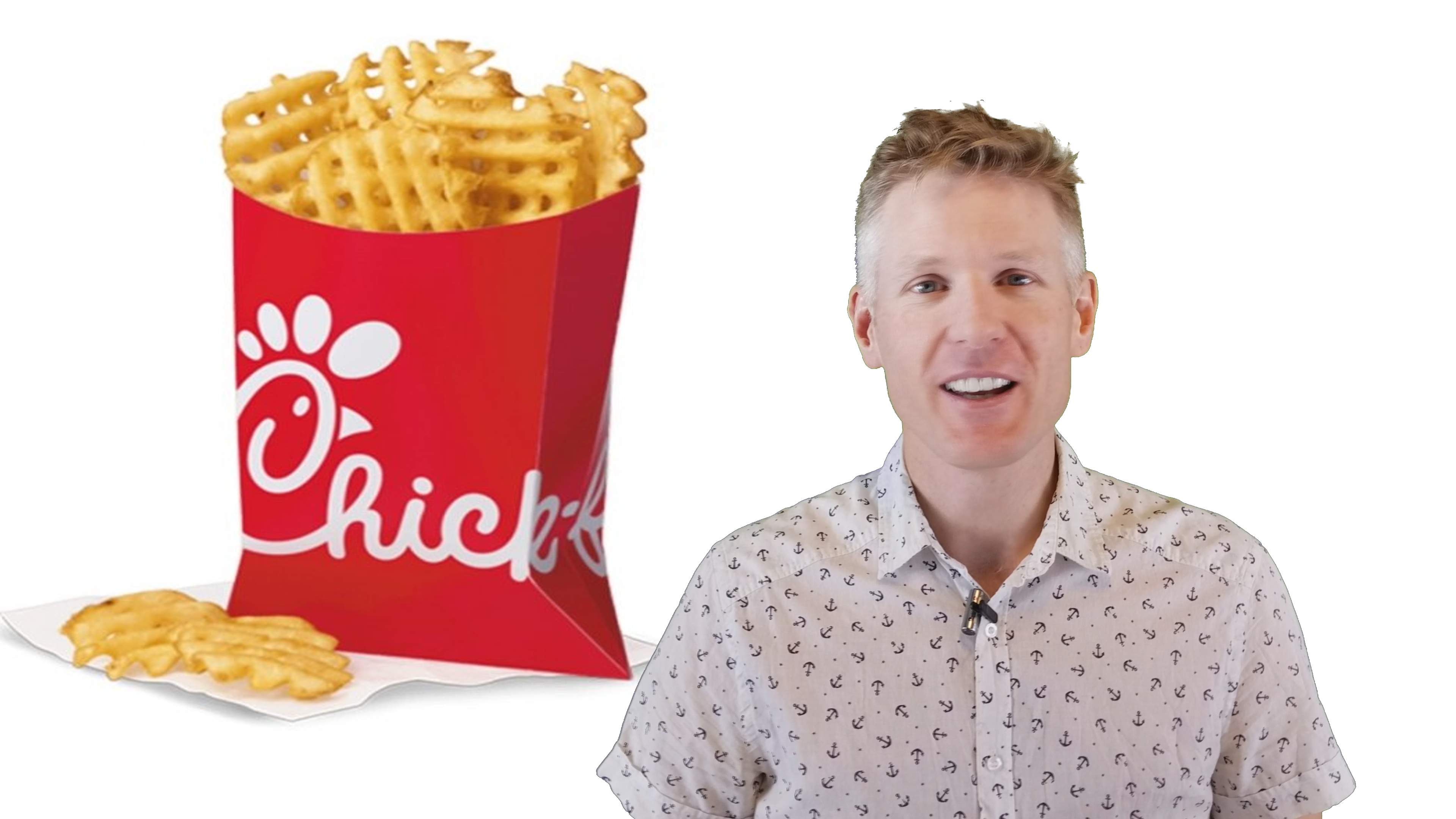 After moving from New Zealand to the USA in 2019, I noticed some striking cultural differences and curiosities about Americans and life in the United States, so I decided to jot them down. I ended up with 23 strange things about life in America, from cool cars to ‘child worship’ and everything in between.

In New Zealand, tipping is very uncommon. I also lived in Slovakia (central Europe) for seven years and, likewise, tipping in Europe is equally strange. Still, when in Rome, do as the Romans do. My only complaint is never knowing how much to actually tip.

This is fairly obscure, but I grew up watching American TV shows and movies, and I couldn’t help but notice that most of the cars in America had red indicators on the rear of the car. While perfectly normal for Americans, this always struck me as something very cool and very different.

After walking around this typical Floridian neighbourhood for months, I couldn’t help but notice that no one seems to hang their washing out on the washing line to dry! So where do Americans actually hang out their clothes?

You know those red plastic cups seen in just about every party in every movie? I’d always assumed they were perhaps an anti-royalties tool, used instead of buying the rights to show actual alcoholic brands in movies, but it turns out that Americans actually do use them at just about every party!

I know, this is not solely an American problem, but drivers in the United States seem to be much more distracted than drivers in Europe or New Zealand. I’ve almost been run over at a pedestrian crossing by a ‘soccer mom’ in her SUV, and a couple of weeks ago a person drove into the back of our car (and it was all caught on video, which you’ll find at the bottom of this page). People really do love driving and playing on their phones here and I sure wish they wouldn’t.

You like pickup trucks? You must be a republican. You like electric cars? You must be a democrat. That’s just a taste of how much of a political minefield daily life has become in the United States. Everything from where you eat to the clothes you wear could invite hostility from some folks who see politics in even the most benign of situations. It’s frightening.

Having owned 25 cars in my life so far, it’s safe to say that I like cars. Big, small, fast, slow, they’re all interesting to me. So imagine my delight when I moved to the USA, only to find that this is the land of the car. Americans love cars as much as I do, and I think that’s awesome. There are so many different and exotic vehicles and so many car-related events and TV shows that I’ll never get bored.

For some reason, America loves the four-way stop; an intersection where four roads meet and everyone must stop. I prefer roundabouts, as they’re more efficient, but Americans seem to prefer coming to a complete stop. It gets worse, too, as is explained in the video at the bottom of this page.

9: Turning right on a red light

This is, by far, one of the greatest creations on Earth. Imagine you were approaching an intersection, intending to turn right, but you just missed that green light. In the rest of the world, you’d have to wait two minutes for the lights to change. Not in the USA! At a red light in America, you can stop, check the way is clear, then carry on right through the red light! I absolutely love it!

Fast food, banks, funeral homes, chemists – you name it – you can drive through it in the land of the free. We even saw a drive-in church in Florida, whereby churchgoers could enjoy the sermon from the comfort of the vehicles!

“Pass the pasta, pastor” sounds completely different in an American accent than in a New Zealand accent, as the video at the bottom of the page will demonstrate! There’s also a long list of words which we use in New Zealand but they have quite different meanings in the USA which offers an endless source of amusement.

America is not a fan of the metric system. This means that visitors and immigrants have to adopt an unusual system of volume, temperature and distance. 5 metres becomes 16.4 feet and 20ºC works out to a confusing 68ºF. It’s confusing, but hey, look on the bright side: it provides great exercise for the brain.

Despite America being at the forefront of the internet itself, internet and cell phone plans are very expensive here. Given the high population of tech-savvy customers in the USA, I would have assumed that there’s be better buying power and consumer choice, but that’s not the case. It looks like I’ve been spoiled in Europe and New Zealand!

Another thing I love about dining out in the USA is the delicious food and the large portions. Back in New Zealand, dining out has become a frustrating process of ordering expensive meals served on large plates but with tiny, tiny portions. Leaving the restaurant still hungry is more common than it should be in New Zealand, but I’ve yet to see that happen in America!

America, you lied to me. All through my childhood and teens, from Pulp Fiction to Friends, coffee played a crucial role in movies and TV shows. Understandably, I got the impression that the United States of America was the epicentre of flavoursome, strong coffee. Boy, was I wrong. It’s all weak and watery. There’s no such thing as a strong coffee here. It all tastes like a single coffee bean was soaked in a bucket of warm water overnight, and the run-off was poured into a cup. Finding good, strong coffee in America is a game which you will not win.

Regardless of whether you understand Climate Change or not, it’s coming anyway. That’s why I don’t understand why it’s never mentioned in the news. Perhaps it’s just a Florida thing, but you’d think it’d be paramount, considering how seriously it will affect Florida in the coming decades, from mega-hurricanes to Miami streets being permanently underwater within in my lifetime. I don’t get it.

I absolutely love American customer service. Like Roy Orbison sang, “Anything you want, you got it!”. The staff at any restaurant, shop or mall are all so friendly and accommodating. It makes you feel like a truly valued customer. My only concern is that such willingness to please could create entitled customers who create increasing demands on such staff.

Polystyrene, or Styrofoam, is everywhere in the USA. You can buy polystyrene cups and plates by the container-load here and people tend to treat them as disposable items; throwing them in the rubbish bin when they’re used, unaware that polystyrene doesn’t biodegrade. It’s the same with plastic bags in supermarkets. They’re everywhere here and not going away any time soon.

Just about all the urinals in America have dividers between them, which is different to New Zealand and Europe. This means you get your own little pee-space, which is cool. The downside to this is that, since moving to America, no one compliments me on my watch at urinals any more. Oh, well. You take the good and the bad.

This is the most frustrating part of long-distance driving in the USA. After living in Europe for seven years, I assumed every country used the left lane only for passing. Boy, was I was wrong. In America, trucks will often sit side-by-side for mile after mile, blocking anyone behind them from passing. I’ve been told it’s not always legal for them to do so, but no one seems to mind very much.

American coins don’t increase in size uniform with their value. Not only that, they have names which mean nothing to me, such as nickels and dimes. This means that the poor people behind me at the supermarket checkout have to wait while I fumble at coins, trying to figure out which one is ten cents and which one is five!

I am always in awe of American pride. From baseball games to billboards, Americans are a very proud people and personally, I find that a beautiful thing. Of course New Zealanders are staunchly proud too, I mean… we’re from New Zealand! But we don’t tend to show our pride quite so openly as Americans do. It’s a fascinating thing to behold.

Time to end with a somewhat contentious observation of American culture. The thing is, there’s no easy way to say it, so I’ll just spit it out: Americans seem to worship children. It seems they can do no wrong. Whether it’s flying in a plane or going to a restaurant, children are allowed to run around, climb over things and scream to their hearts’ delight, all without reprimand. Now, I’m not saying that New Zealand children are pillars of decorum, but it must be said that most kiwi kids seem to be given love with boundaries. So, be warned if you’re planning a quiet romantic dinner out in America!

All the above points are explained in more detail in this video below. It’s also the first 4K video I’ve ever attempted, so make sure to watch it on full screen: