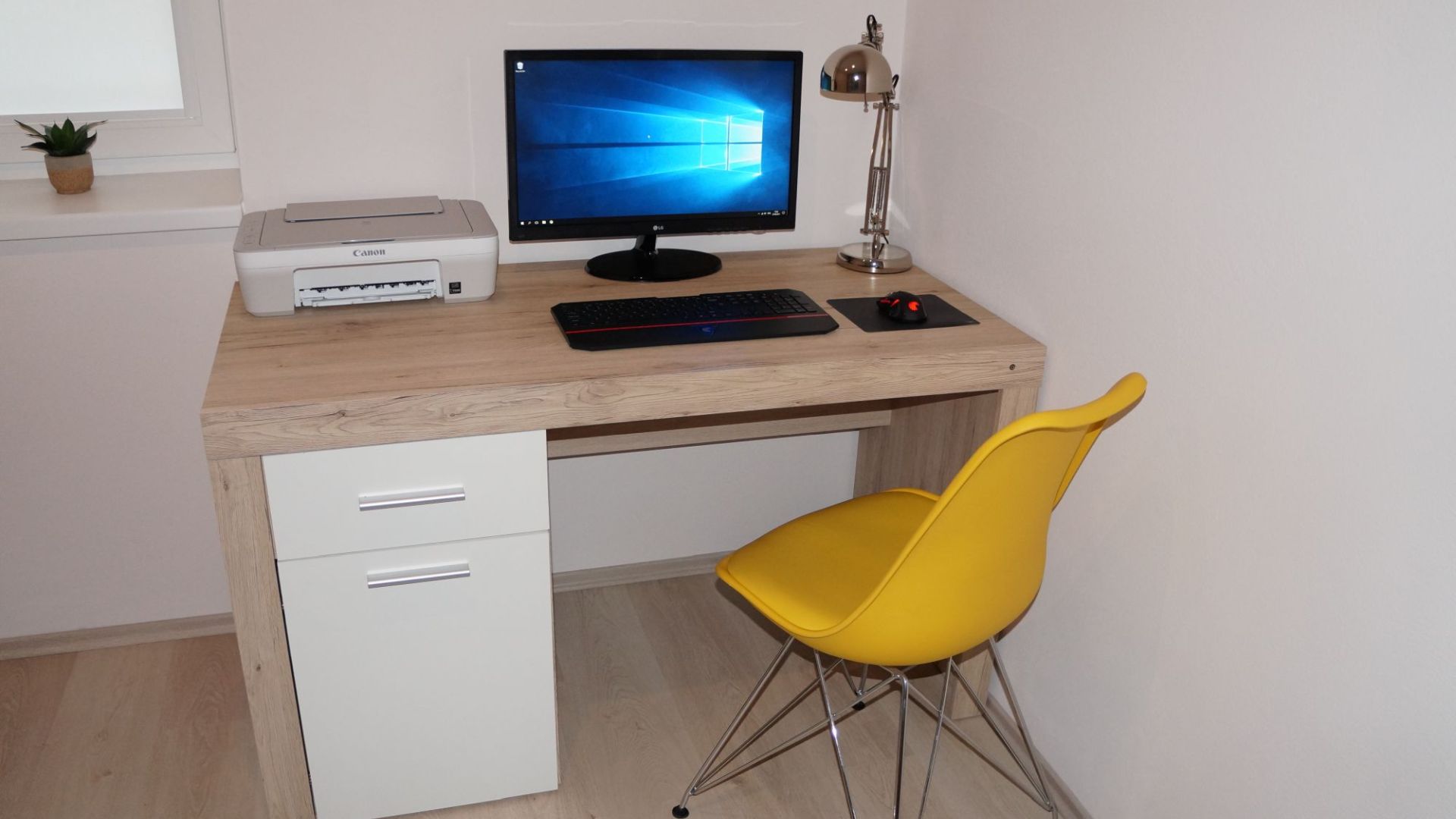 A friend of mine brought his Gear VR virtual reality headset over a few months ago and I was hooked. Although it was only mobile phone-based virtual reality, with limited movement and very low resolution, it stirred me into finally upgrading my six year old laptop; something I’ve been meaning to do for years. The problem is, I needed to do it on a budget…

My first decision was what kind of case I would use. Now, call me old and boring, but “gaming” cases with flashing lights are not my style. I want a moderately-sized, unobtrusive case with clean lines. Fortunately, that meant I was able to save €80 already, as this charcoal-grey case which suited my tastes was only €24.

The next purchase was a “Keep Out” model FX700V2 power supply. At 700 watts, it seemed as if it would be offer more than enough for my machine running at maximum settings, and it was only €46. Alongside is my solid state hard drive; a 500GB Samsung SSD 850 Evo Series SATAIII device. It was quite expensive at €174, but it had excellent specs and (most importantly) I had a €100 voucher for a store which sold one.

As for the motherboard in the photo, it’s a MSI Gaming M3 B150 board, which I chose because it’s capable of handling two virtual reality graphics cards in the future, should I wish to upgrade. Best yet, this future-proofed motherboard cost €110 which wasn’t bad. I could have spent a lot more.

I should “Feel superior” apparently.

Those images on the bottom-right of the power supply worry me… Am I going to turn into one of those “PC Master Race!” people? Please tell me I won’t. Lie to me if necessary.

This computer build took me several months because, rather than save up and buy everything in one go, I bought things as money appeared. This gave me the opportunity to buy different parts from many different retailers to obtain the best price, but also it meant I installed things carefully and slowly, and read all the manuals. Something I wouldn’t do if I was excited and desperate to get it going the same day as I built it.

RAM it up your… case.

In the meantime my RAM arrived. After researching, I found out there’s typically no detectable difference between splitting RAM up into multiple 4GB slots, or just getting one big
16GB DDR4 2133MHz chip… so I got one big chip at €119. Not a bad price and I can drop in the same size and type of RAM again if need be.

Alright, I said I didn’t like “bling” and flashing lights, but the RAM did look a little dull. So, I splashed out and bought one of these gold-coloured RAM covers to make it look nice. I know, I know, I’m shallow. It does look better though, right?

Although it had no CPU or graphics card yet, I fired it up out of curiosity. And oh boy, talk about a red light district. I can’t decide whether it’s gaudy or cool. At least the lights aren’t flashing.
I don’t know what it is about gaming PC gear and the obsession with LED lights. I mean, they don’t make it go faster. Did I mention I’m old?

The main component in a gaming PC: the graphics card.

The thing is, the graphics card is one area which you CAN NOT cut corners if you want to play the latest games in 1080p with high frame rates, as well as connect a virtual reality headset. At €570 this MSI GeForce GTX 1080 GAMING X 8G card cost more than my old laptop when it was new.

Houston: we have a problem.

So far everything had fit perfectly into my computer case, but the graphics card was an exception. It’s an absolute monster-sized component, extending to the very end of the motherboard.

In the above photo you can see that this is one of the two auxiliary power cables which my hungry graphics card needs to operate. Unfortunately, they don’t really fit with the “shelf” of the case being so close to the top of the graphics card.

Well, I guess it *fits*, at least technically speaking, but it’s pushing on both the case and the card however.

This I don’t like at all so I think it’s time to break out the hacksaw!

It’s not exactly beautiful, but it could have been worse. The largest benefit of this (literal) hack is that I was able to keep my nice, clean, affordable mid-sized case.
In the meantime, more weeks passed while I saved for the next component, which would be an expensive one…

My processor arrived! This is a bit like the heart of the computer, and while not as important as the graphics processor, it’s something with which you’ll not want to cut corners. It’s an Intel Intel Core i7 7700 LGA1151 processor, and according to a processor benchmark-test website, it’s the best bang for buck I could afford at €266.

Be careful during this part.

Despite the processor installation looking like a complex procedure, I found out that it’s actually really easy. Just take your time and double-check everything’s around the right way, then lower the arm and the processor connects. Thank God.

My heat-sink and fan combo arrived. It was a generic heat-sink & fan combo which cost €19 and seemed to have positive reviews.

Not bad. Not bad at all. The physical installation is complete in terms of the case, and the result is clean and minimalist; just the way I wanted it.

Hidden: the way I want it.

One of the reasons I wanted everything to fit into a medium-sized (dull) case is because I always intended for my computer to sit inside my desk cupboard, so that I wouldn’t see any cables. Basically I wanted the power and upgradeability of a desktop, but the cleanliness of a laptop. I think this is a good compromise, though I did cut a fairly large hole in the back of the cabinet for airflow and when gaming I open the cupboard door.

To add to the clean look, my wireless “gaming” keyboard and mouse arrived. This combo was remarkably cheap at only €24, but it looks great. You do get what you pay for though, as the keys were a bit clunky and sticky for the first few weeks until they loosened up. They’re good now, thank heavens.

So, let’s get this thing fired up.

See any cables? No? That was the plan.

It works! It woooorks! And not a cable in sight! I bought a fresh copy of Windows 10 64-bit for €74, and everything installed perfectly. By the end of the first night I had installed War Thunder and was enjoying 1080p at over one hundred frames a second.

The total cost is €1545, which is a hell of a lot of money, but I’ve been told this isn’t that high, comparatively for a gaming machine.

At the risk of bragging, this machine is the fastest thing I’ve ever used: it takes twelve seconds from pressing the “On” button to boot up, load windows, and show Google as my home page.

The best part? As the construction was built over five months as I saved money, I didn’t feel the impact as heavily compared to buying everything in one go, or on a loan/credit (please don’t do that).

Now I’m working my PC hard, playing all the usual games, while saving for the next and final piece in the jigsaw: an Oculus Rift or HTC Vive. The good news is that since I’ve started saving, they’ve both fallen in price!

So, if you’re thinking of upgrading your PC or building your own, don’t be scared! i haven’t built a computer for 15 years so I was scared how everything would have changed, but in reality it’s now easier than it’s ever been. Everything’s colour-coded and the plugs only go one way. Thank heavens.

Alright, time to play. PC Mas- no. I promised myself I wouldn’t. 🙂