How climate change will affect your life. 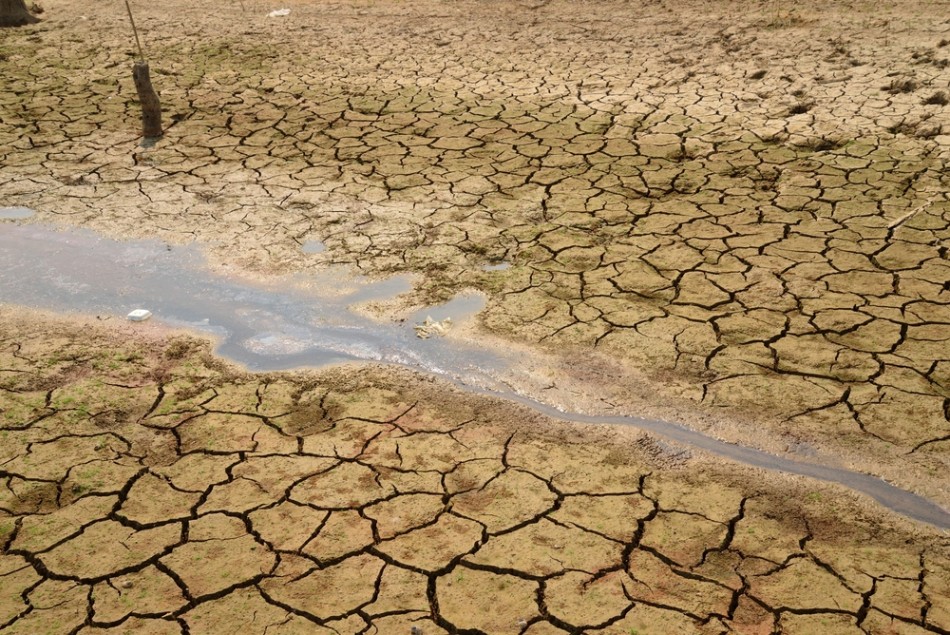 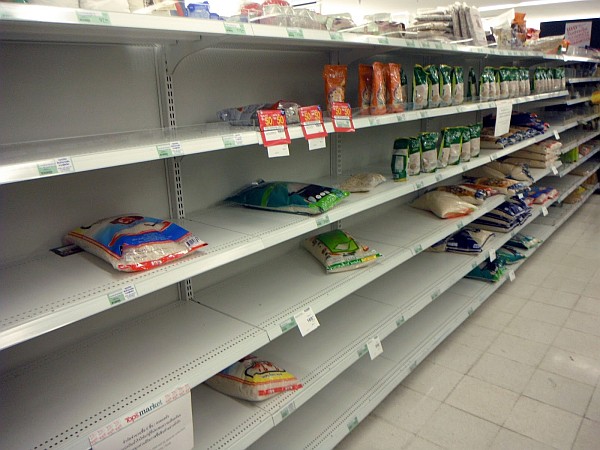 The future: coming to a town near you.

Climate change is here, it’s getting worse, and human activity is to blame.

This is the consensus of the majority of the scientific community, who now believe that fact as strongly as they believe cigarettes increase your risk of lung cancer and heart disease. You simply can’t argue with those statistics, unless you have an agenda or are willfully ignorant.

There’s just no argument anymore. What you can argue about, however, is how intensely climate change will affect you.

A few days ago the United Nation’s Intergovernmental Panel on Climate Change (IPCC) released its fourth major assessment on climate change, and as you might expect, the news ain’t good. The short story is that things are already getting bad, and we’re not doing enough to reverse it, slow it down, or even adapt to it. This means bad things are going to happen.

At this point I should point out the obvious to anyone who’s been following climate change for the last few years: we will not change our ways. If you think we will all get together at the next UN meeting and all agree to instantly reverse climate change then you are mistaken. I don’t want to offend you, but it’s true. We are heading one way and we will not change the direction. We’re in for a rough ride.
If you’re old then in a way you’re lucky: you’ve enjoyed the best half of the 20th century which was an amazing time to be alive! Technology, social progress, art, and prosperity. You saw it all. You were born at the right time and you should be thankful for it.
If you’re young however, things are going to get pretty crappy for you and your family within your lifetime.

Just take a moment to accept that pretty crappy fact. Take all the time you need.

Does this mean humanity will die out? No, of course not; we’re incredibly adaptable beings.  However with this adaption will come a change in how we live our lives, with our collective quality of life changing for the worse. At some point, some groups of people, living in some parts of the world are going to starve, fight, and die because of the effects of climate change. This is reality.

I’m sure you’ve already read the headlines how people in low-lying islands are already being relocated due to rising sea levels, and how impoverished people in Africa are starving more than ever, and how some cities are now experiencing lack of water as their reservoirs dry out with no solutions available.

Yes it’s tragic, it’s bad, it’s horrible – but it’s human nature to be more concerned about your immediate surroundings, which means those growing numbers of people dying of hunger & thirst seem like they’re another world away.

What you’re probably more concerned about is what’s going to happen to people like you, living in major cities in the USA, Europe, Australasia etc. What’s in store for folks like us within the next 30 years?

1: Rising food prices. This is the first thing you can expect to see in developed cities, and it will be well out of line with inflation. Meat will soon become a luxury good in your city, as is happening many countries. Simple grains and breads will also rise in price to the point where a large portion of your income will need to go straight to buying essential food items. This is because despite our ballooning global population, global wheat yields are expected to drop by 2% every decade. More people + less food = incredible demand. Think your weekly grocery shopping trip is expensive now? Prepare to pay a lot more month by month, year by year for the same things.

2: Some of your favourite foods will no longer be available. We’re already seeing this with avocados. At this stage you can still buy them, but their prices are skyrocketing. Soon, they will become so expensive that your local supermarket will not stock them, because no one will pay $12 for one. It will happen with other exotic fruits and vegetables too, such as what is happening to pineapples due to an increase in heatwaves, droughts, and severe storms. At this stage it’s only shortages on some items, not complete elimination so fork out more and enjoy these luxuries while you can. One day it such shortages will apply to some things you buy regularly today.

3: Unemployment, and lots of it. Yes, I know we’re still battling with record numbers of unemployed so this isn’t welcome news, but that’s just where we’re heading, so accept it. But why would we have an increase in unemployment in our cities? Simple: destructive storms, severe droughts, reduced agricultural yields, and the decreased availability of water will force hundreds of millions of people to relocate to find work. That includes your town. Yes, right where you are sitting. There will be less industry because of less money, which means less jobs, but a more desperate workforce (willing to work for less than you). Accept it because it’s already happening in first world countries like the USA.

4: Taxes will increase rapidly. This will be to assist the swelling number of individuals who will require government assistance for food. The tax increases will also be in order to assist the increasing millions of unemployed, and it will be used to treat the millions of those becoming sick from poor nutrition and/or living in a reduced level of hygiene caused by a reduced cashflow. Therefore if you do have a job in 25 years from now, expect to pay a heck of a lot more in tax. This is unavoidable and it just means a poorer standard of living for people like you and me. High taxes mean people have less disposable income, which results in less consumption, which means businesses make less, which results in people losing their jobs. This adds to point number 3, above which makes points 3 & 4 a self-perpetuating loop.

5: Water shortages are coming for many cities; including yours. Some cities are already desperate for water, and things are getting the opposite of “much better”. With unpredictable seasons and longer drier spells forecast, there will be less water available. Water fees in your town will increase dramatically to cover the costs of new dams and reservoirs and to discourage water wastage. This means more costs for you.

6: Major increases in crime. In a city full of hungry, thirsty, unemployed people, crime will flourish. That’s not rocket science. Not everyone will be desperate enough to break into your home, but the percentage will noticeably increase. Expect more muggings, murders, and burglaries for cash & valuables. Desperate people do desperate things in desperate times, and this is apparent in many countries already. It’s going to get much worse, so you’re best to accept it now and plan ahead.

Sadly, climate change means that for many people, life in your town or city will probably never be as good as it is now.

Now, take a deep breath and relax for a moment, while I try and bring some balance into this gloomy perspective.

Firstly, none of this will happen suddenly. You’re not going to wake up tomorrow with people shooting each other over a bag of flour or a container of water. As bad as things may get, I’m not convinced it will ever get to that level in our first world towns and cities.

Secondly, there are ways to plan ahead for climate change. You can think of it like an insurance payment for a happier life in the future. Let’s run through some solutions to some of the unpleasant & upcoming issues I mentioned above.

1: Beat rising food prices by growing your own food. It’s really the only way to help with your weekly food bill. This is something becoming more and more popular in cities where fresh fruits and vegetables are getting more and more expensive. Unfortunately if you want to make a real difference to your food bill, you’d better relocate to a house with an actual back yard. An apartment balcony just isn’t going to make a real difference in the future. This is something to worry about in the future of course, but with cities about to start swelling due to overpopulation coupled with climate refugees, city house prices are going to hyper-inflate within the next decade or two. Get in now – or should I say, get out now.

2: Shortages of luxury foods can only be mitigated by growing your own once again. As meat will soon become a luxury, it’s worth raising your own poultry or (if you have the room) rabbits, pigs, or sheep for meat. You’ll soon find the demand is still there, and you could fetch top dollar if you butcher and sell it yourself.

3: There are few ways to prepare for unemployment. If you’re with a partner then both of you should be prepared to live off his/her salary alone. Can you do that now? If not, why not? Find ways to trim your expenses. “But he/she doesn’t earn enough!” you say? Welcome to the problems of 2030. Learn to survive and thrive on a pittance. It could very likely be your only choice one day.

5: Water shortages are something you can plan for. Get a massive water collection system installed, and collect the rainwater off your roof. There are simple systems you can attach to your home’s downpipe. Have it fill a container the size of a car, and then filter the water before drinking it. When your local municipality announces water rationing for the 5th day in a row, you’ll be fine.

6: Install a fence around your home, and protect your vegetable patch. If you were starving would you steal all the apples off my tree? Of course you would, and I would steal yours if I was desperate enough. Put up a fence to deter thefts and to hide your vegetable plot from prying eyes. Stealing fruit from someone’s house might sound pretty comical today, but by 2030 I’m confident you won’t be laughing – especially when it happens to you for the 8th time.

Now at this point I can imagine you’re probably shaking your head at the absurdity of this blog post. You might even be saying, “This Gavin guy is a nutbar! Things will never be that bad! He needs rubber wallpaper!”, and to be honest I wish you were right. Wouldn’t it be nice if we could just keep on living the way we’re living forever? If only climate change wasn’t real, if only food production wasn’t falling, if only we weren’t on track for 9,600,000,000 hungry humans by 2050. Ah, if only.

The reality however is most probably going to be exactly as I have outlined above. The only thing we don’t know exactly is when.

For the time being things are still good for most of us. Yes unemployment is still exceptionally high, but compared to the future, things are pretty darn sweet. So with that in mind, live your life to its fullest, enjoy being able to buy luxuries, and most importantly plan for the future!

Here are some final ruthless tips you probably don’t want to hear:
– Don’t have kids unless you can afford to support them into adulthood due to unemployment.
– Move to a place with usable land and prepare to use every square inch for growing food.
– Pay off your mortgage within the next 15 years.
– Save at least 10% of your income now. I mean it. Open a savings account TODAY.
– Take the 2 month challenge: live on half your income for 2 months (put the other half in your savings).

Share, praise, or even criticise this blog post – I don’t care – as long as you take at least some of these ideas onboard to benefit your future. You only have one future, so take control of it.

Now get out there and have a great day!