How to remove moles from your yard 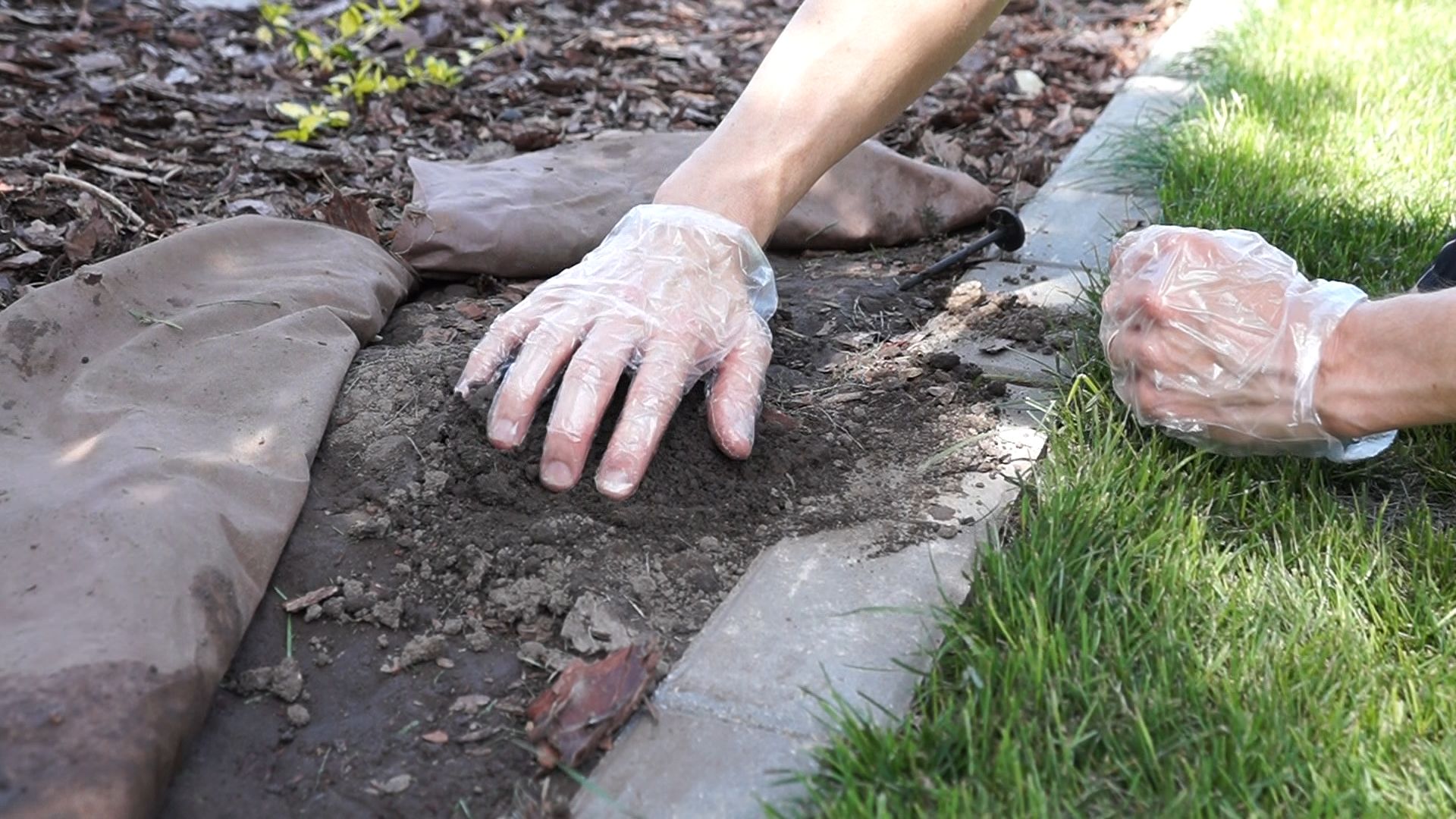 Moles appeared soon after I installed a new lawn last year, leaving mole hills and destruction in their path. I declared war on these invaders, trying every method imaginable without success. Until now.

First of all, I tried the usual method of flooding the mole holes with running water until I was sure their tunnels were filled to the brim. This meant aiming the hose down their burrows and leaving the water running for 40 minutes. I thought that there’s no way they could survive that, right? Wrong. They simply burrowed away and waited it out, before continuing their path of destruction the next day. I needed a more serious method of removing these little buggers from my yard. 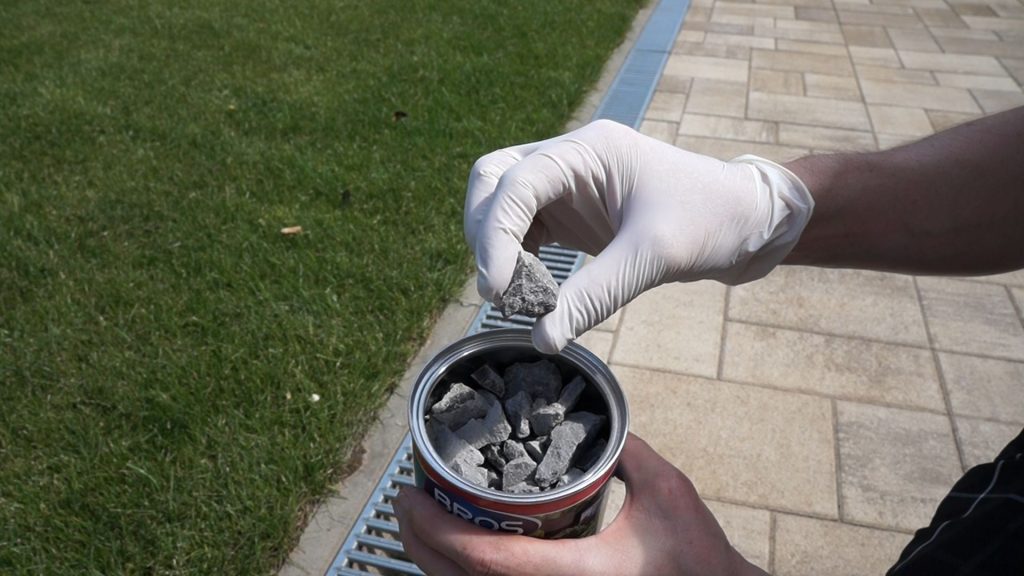 The second method I tried was using calcium carbide. I bought a tin of this material which I poured into the mole holes. When you add water, acetylene gas is produced which (allegedly) the moles can’t stand, so they vacate the premises. I added water, smoke started appearing at the carbide reacted, then I used the leaf blower to force the gas down every channel the mole had created. I thought I had these moles licked. Turns out I was wrong, as fresh molehills appeared the next day. Alright, moles. It’s time to get serious. 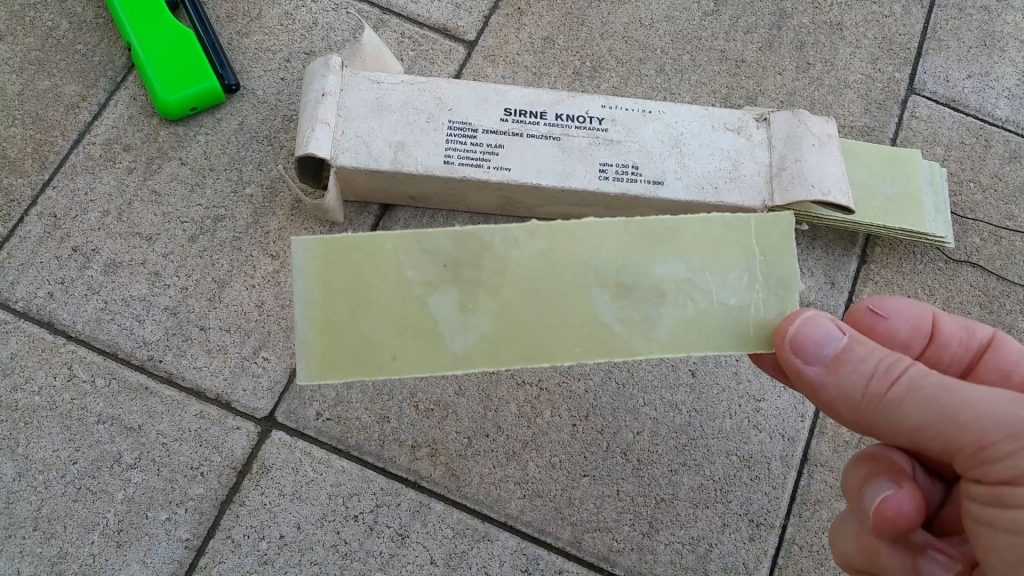 I was given a box of old Czechoslovak asbestos sheets embedded with sulphur. It’s an old-school method used for sterilising giant glass demijohns before adding wine. You light one end of the paper, drop it into the demijohn on a piece of wire and the smell and the resulting smoke disinfects the bottle. It’s still a popular method of sterilising which is used today. While smoldering, the smoke is so potent that it absolutely burns the inside of the nose if you’re anywhere near it. The moles will hate it, so I lit a piece and it down each mole hole and blew the smoke deep inside the burrows with a leaf blower. 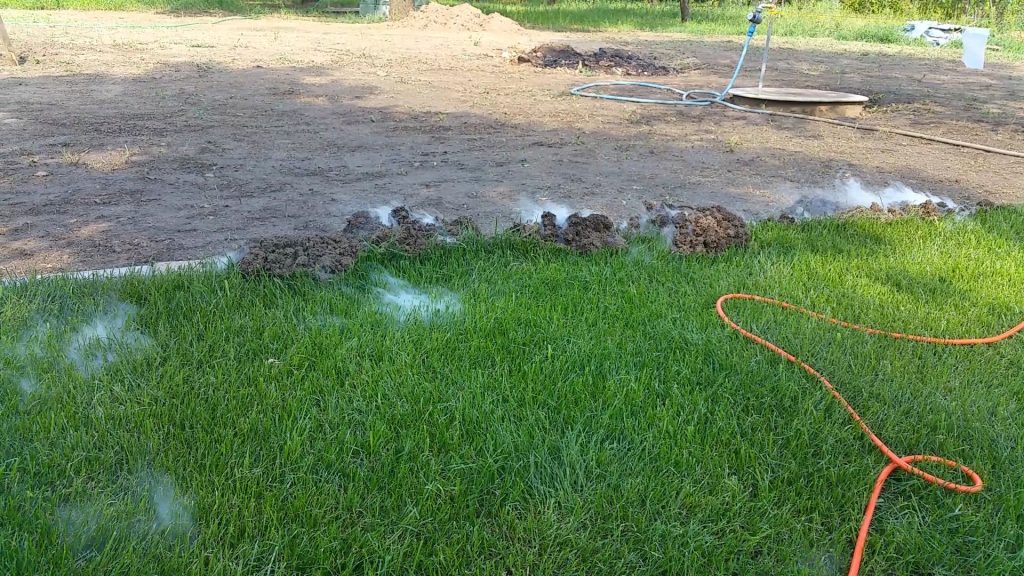 The result was visually spectacular. Pungent sulphur smoke poured out of the ground all around me. It showed just how active these moles had been. I repeated this step a few times because enough was enough. Surely this would eliminate my moles problem. Ha. No way. They were back a couple of days later.

This was getting ridiculous. So, I tried a simpler and much more boring method: a mole trap! 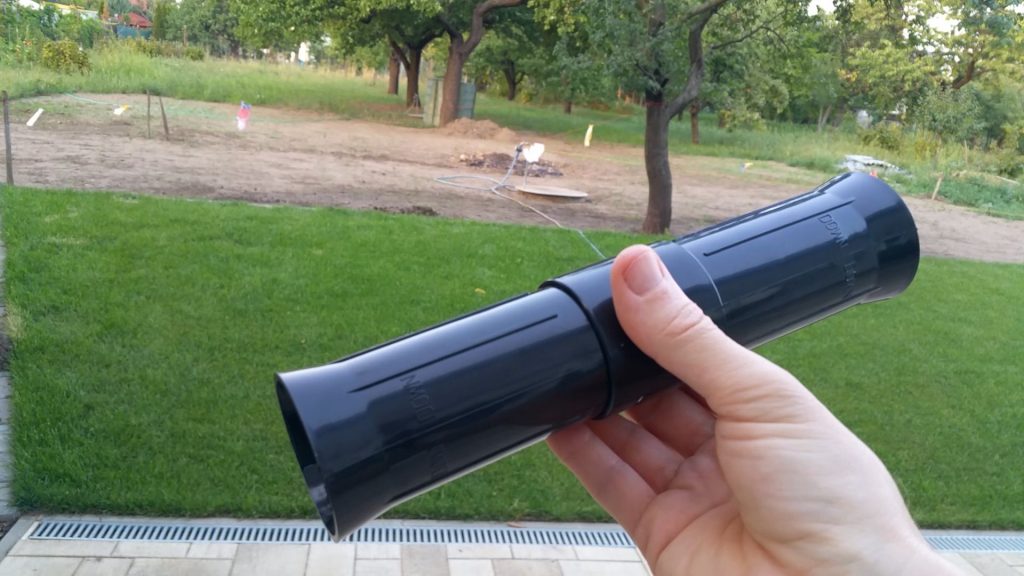 The idea is that the little mole will enter either end through a little flap, then get trapped, allowing me to take him to a forest or set him free in someone else’s lawn. I carefully buried this device into one of the shallow channels he dug and waited. And waited. And continued to wait while he built more molehills all over the place. After a week of burying and re-burying, I gave up. This doesn’t work.

So forget poisons and traps, it was time to break out the technology… 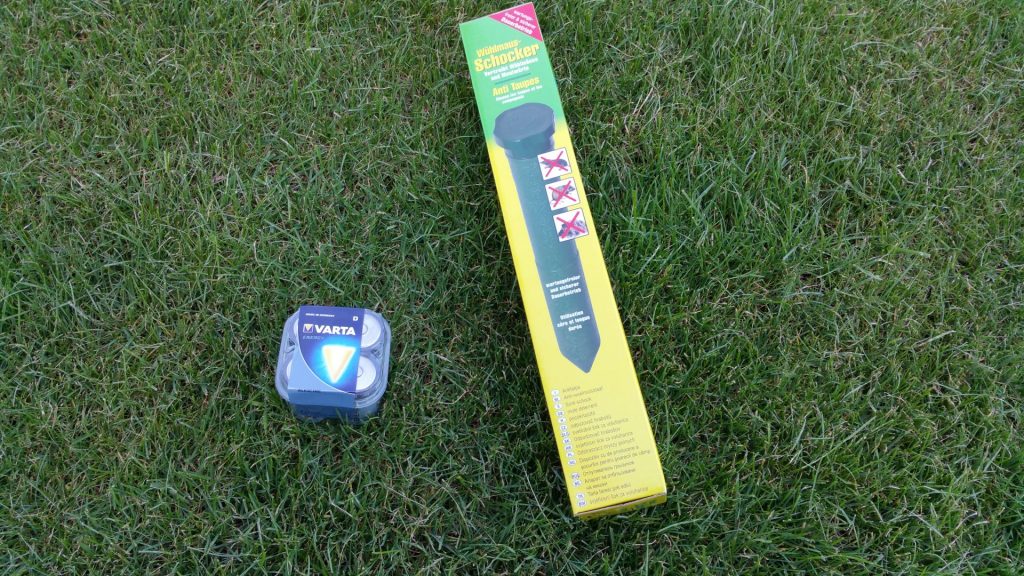 I was getting desperate, so I blew some money on a sound generator. The idea is that this device, when buried into the ground, generates a noise and vibration which moles absolutely hate. Moles are incredibly sensitive to vibration and even a little buzz underground sends them running. So, I put fresh batteries in this device, buried it in the ground and waited.

And you know what? It seemed to work! For a while, anyway. I installed this device at the end of summer, so that could be the reason, as moles tend to burrow deeper during the colder winter months and their surface activity is typically reduced, because come spring… they were back. I added new batteries but it didn’t seem to help. They tore up my lawn and garden again. I was so frustrated and I was completely out of ideas.

Or was I? It seemed that the noise generators had the most merit out of all the methods I tried, so I decided to take this idea and make it much more powerful. 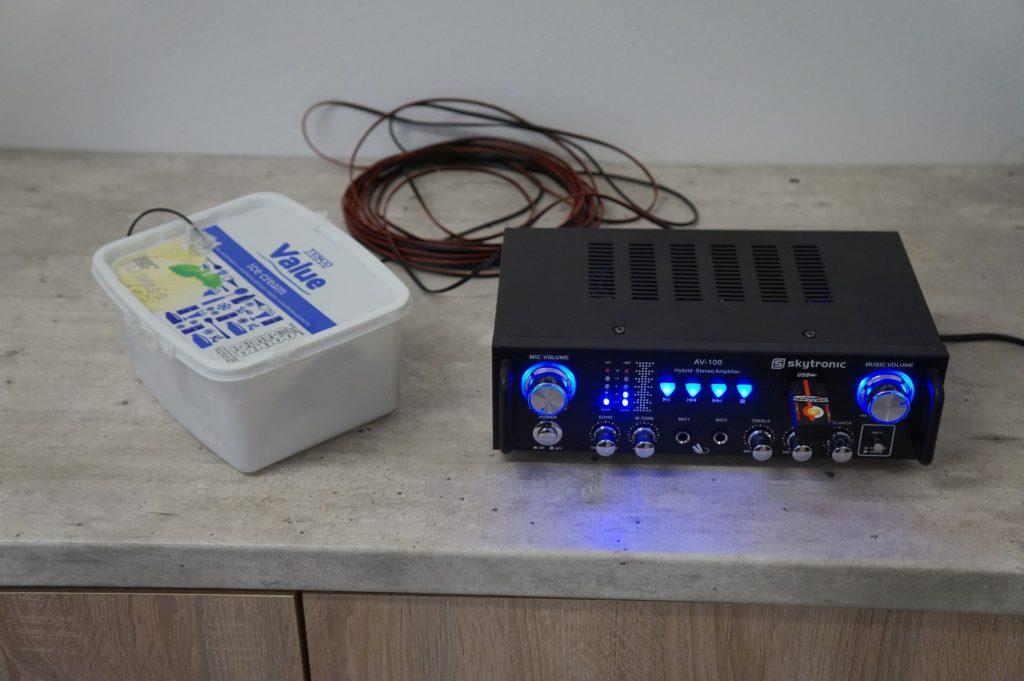 Using a spare car speaker, a few metres of cable, and an amplifier, I made a speaker box which could be buried underground and could play any noises I wanted and at any volume I wanted. Beeping, dogs barking, music – you name it.

I put a speaker in an old ice cream container and sealed it up with silicone bathroom sealant, then dug a hole and buried it in my back yard where the majority of the mole activity was taking place. 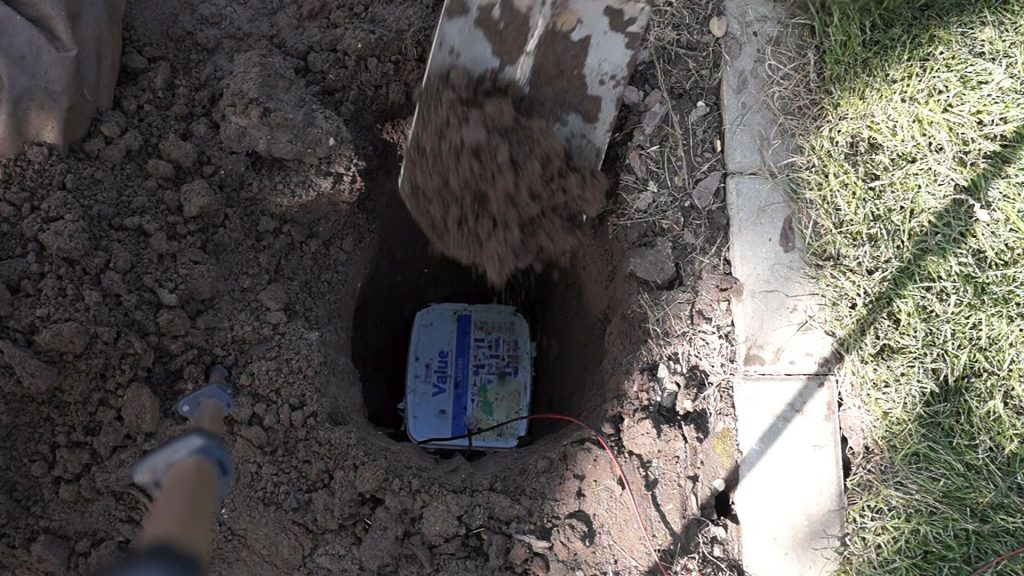 After burying the speaker around 70 centimetres deep, I ran the cable inside, connected it to the amplifier and turned on the worst sound I could find, on perpetual repeat: Celine Dion. And if that wasn’t bad enough, I added Believe by Cher to the mix. No creature on earth could tolerate that. 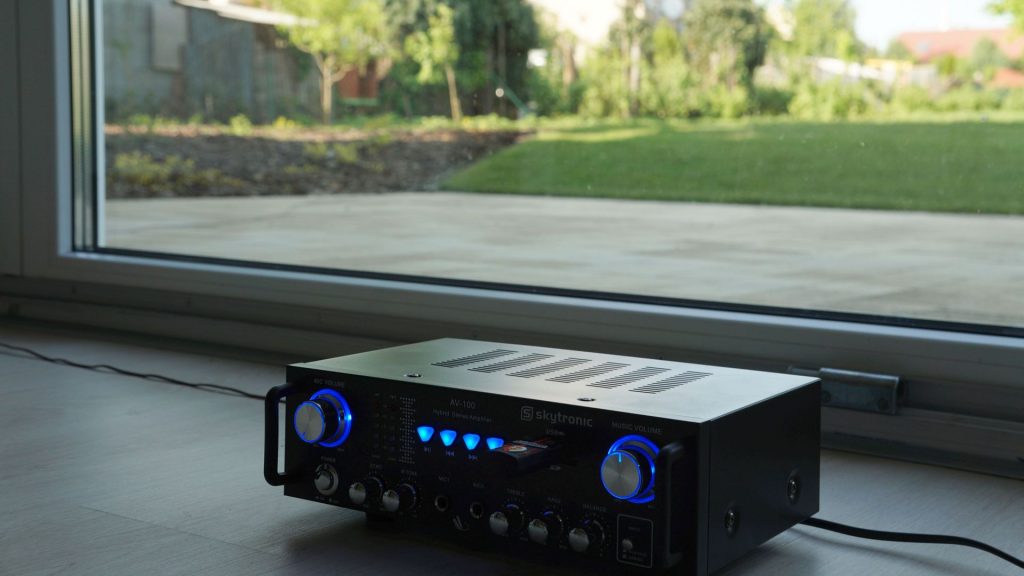 But did it work?

Believe it or not, the results were instant. Unlike the first noise generator I tried, with this speaker and Celine Dion, all mole activity stopped immediately. Four days later and there have been no new molehills or tunnels in a 10 metre (33 foot) radius! The results are unexpectedly brilliant.

The system is inaudible from above the ground, so I check on the speaker daily by putting my ear next to the ground. It’s both horrifying and hilarious to faintly hear Celine Dion screaming from three feet underground, but this is by far the most effective method I’ve ever seen at repelling moles. My only regret is that I didn’t try it sooner. I recommend this method to anyone with a mole or gopher problem.

As for the moles, my heart will go on without them. Watch the entertaining video below to see how I did it:

2 thoughts on “How to remove moles from your yard”