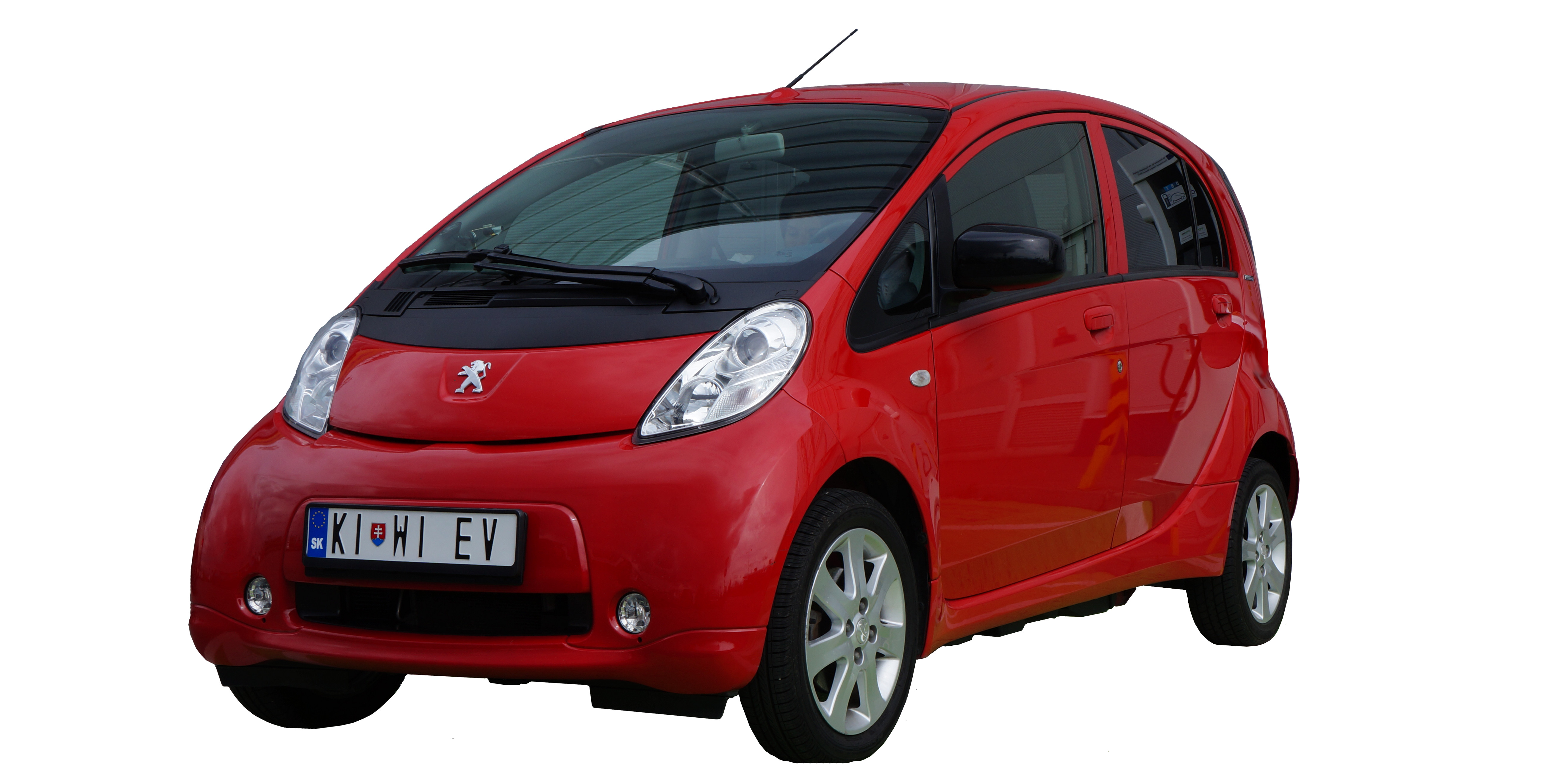 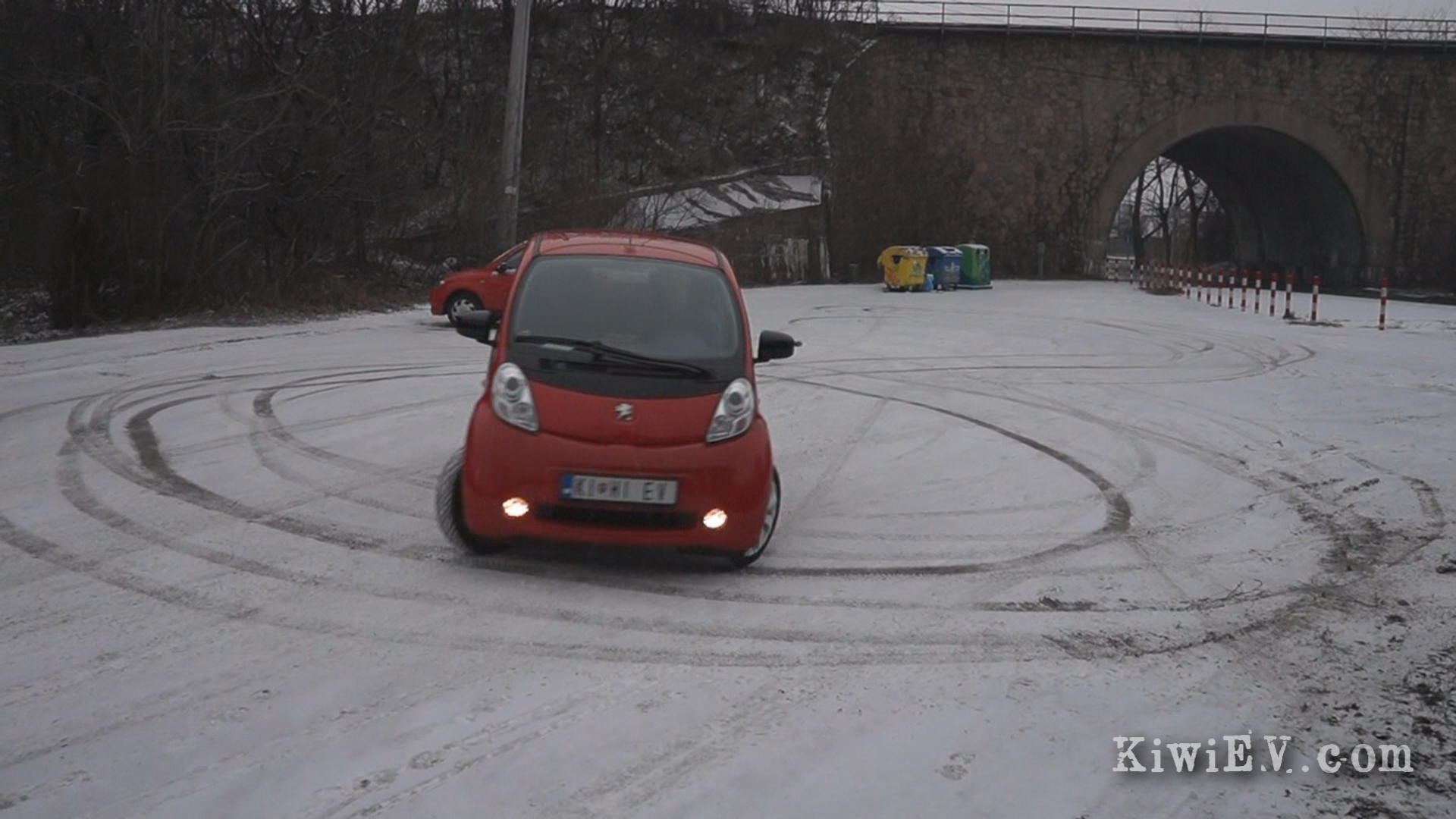 Fun, but perhaps not entirely legal…

While this blog isn’t always updated as often as I’d like, it doesn’t mean I’ve not been doing stuff with the electric car. Since I bought it (shown above, doing wheelies in the snow) I’ve been busy driving it and loving every second. I’ve also been making videos of my adventures and learning experiences with the car.

For all the latest pictures and videos, go to www.KiwiEV.com, or I’ve posted all the video links here to save you the effort, starting with the video that finally reignited my electric car experiences: a little red Peugeot iOn. Here’s the video from June 2015 where I found the car and test-drove it!

And, after owning the car for just ten days, I churned out another video about the car. This video explains the basics about the vehicle, such as the fact that it’s actually a Mitsubishi i-MiEV underneath the Peugeot badge.

I love my little Peugeot, but there’s one thing it’s seriously lacking: a decent sound system. So, in the next video I got busy removing the old stereo and installing a new one with a cool display, along with a small subwoofer to give the sound a little more warmth:

I’d only had the car for six weeks at that stage, but I already decided it was time for a long distance journey from Bratislava (Slovakia) to the neighbouring city of Vienna (Austria). Unfortunately it was a complete disaster due to liquorice and charging problems. In fact, it was such a screw up that I even put on a suit and a tie to make a formal complaint:

After calming down, I grabbed my now ex-wife Veronika (she had a secret affair and I found out – oops!) and we decided to attempt and even longer journey – but this time within Slovakia, which has a very good charging network run by a company called Greenway. It wasn’t quite as easy as you’d hope however…

The next video in the series is all about data, maintenance, installing an exhaust pipe, and racing the gas-powered version of my electric car. “What?” I hear you ask? Just watch the video!

I’d experienced winters before in my electric car conversion in New Zealand but they were never quite as severe as winters in Slovakia. This meant I had a lot of learning to do with my new electric car. So, in the next video, I take fashion tips from Adolf Hitler and prepare myself for the winter:

The next video in the Kiwi EV series is this one, and boy, it’s a real whopper. I’ve made long-distance journeys before, but nothing like this… Prepare yourself as I take my humble electric city car and drive to Ukraine and back. It’s an adventure and, if I can be so immodest, my favourite Kiwi EV video so far. Enjoy!

Time for modifications! This next (and latest) video in the Kiwi EV series is all about modifying my electric car to unlock the extra “gears” in my shifter plate. It turns out that the Peugeot iOn / Citroen C-Zero has hidden B and C modes under the plastic plate, so I unlocked them! Not only that, I also created a guide on how to service an electric car.

Eeek. Winter is coming. While I love my electric car, there’s one area that leaves me unimpressed: heating. In my little car with its 16 kWh battery, using the heater can soak up as much as 30% of the battery. So I got busy trying all the heating methods I could find – but first I had to remove something from the carpet thanks to an uninvited visitor…

Which is faster, a train or an electric car? My now ex-wife and I decided to race the train to the other side of the country. It’s by far one of my most exciting episodes yet!

I’ve done almost all that’s possible in this little car, from road trips to heater installations… but there’s one thing I haven’t done yet: install a kitchen. Yes, for no real reason I broke out the tools and got busy creating the world’s first fully-functional kitchen installed in an electric car. Don’t ask why, just enjoy the ride! 🙂

2 thoughts on “My electric car adventures”